The Best Places to Elope in Northern California 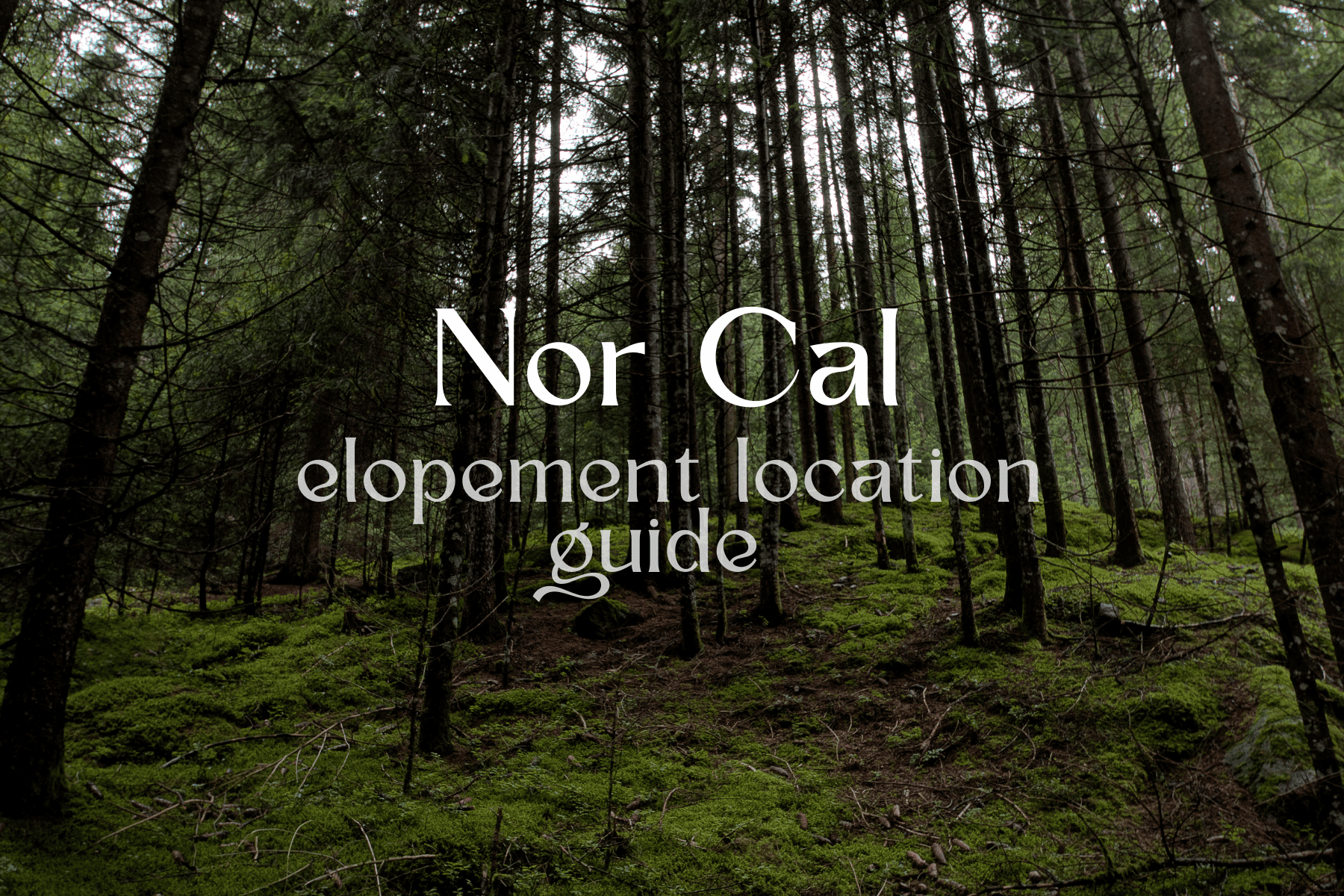 Where to Elope in Northern California

For a lot of people, the mention of California brings to mind images of beaches, palm trees, and year-round sunshine. And while the southern part of the state often lives up to that depiction, northern California is an entirely different landscape.

The beaches are rugged and scenic, and instead of palm trees, you’ll find pine forests and towering redwoods. The weather is usually pretty temperate, but unlike SoCal’s endless sunshine, northern California is often overcast - which creates a gorgeous moody fog over the landscape! If you’re planning an elopement, the north part of the state has tons of amazing backdrops to offer. Here are some of the best places to elope in Northern California, to get you inspired!

When to Elope in Northern California

While you’re checking out these potential places to elope in Northern California, keep in mind that weather will be an important factor!

Summer is usually an ideal time to elope in northern California. The weather is warm, there’s a lot less rain, and most of the snow has melted from the mountains. Especially if you’re eloping somewhere at a higher elevation - like Yosemite, and you want to hike, summer is your best bet for snow-free trails. Keep in mind that summer is the most popular time to visit any of California’s natural attractions, so you’re more likely to run into crowds.

Fall is the perfect time to catch the autumn foliage, but the weather can be a little unpredictable! Eloping in Northern California early in the fall can be a great way to avoid the summer crowds, while temperatures are still moderate. Keep in mind that snow can start to accumulate pretty early in the mountains!

Winters can get pretty chilly, but if you elope in Northern California during this time, you’re likely to have a lot more privacy as tourists flock south for beaches and warmer weather. The coast is more temperate, but rainy, while the mountains can easily fall below freezing and see tons of snow!

As the weather warms up, spring can be an amazing time to elope in Northern California! As the saying goes, April showers bring May flowers - and early spring is usually pretty rainy. Eloping in late spring - before peak season - can be a great way to avoid crowds, and as summer gets closer you’ll likely have better weather!

How to Get Married in Northern California

This can be done at any county clerk’s office in the state - you’ll both need to go in person to the office local to your elopement location. Some offices, like San Francisco, require an appointment, so be sure to check ahead of time! You’ll need a photo ID, and some money for the licensing fee, which depends on which office you go to. After the ceremony (which needs to be within 90 days of getting your license), an officiant and one witness will need to sign your marriage license!

Some of the best places to elope in Northern California are along the coast! The rugged, rocky beaches are totally different from the ones down south, but you can find some incredible scenery.

One of the most iconic spots along Highway 1 is Big Sur. The windy road takes you along the coast, with dramatic cliffs that peer over the ocean, and even just driving through is a breathtaking experience. With all the pull-offs, parks, beaches, and trails, there are endless options for your elopement ceremony!

Del Norte is a county on the coast of Northern California, home to dozens of wild beaches, with driftwood on the shores and rocky formations in the water. The area also features Redwood groves, and many of the trails will take you through the forest and out to the ocean!

Located on the Mendocino coastline, Fort Bragg is known for its coastal views and infamous Glass Beach. If you choose to elope at Fort Bragg, you might be lucky enough to spot some harbor seals. There's tons of locations in Fort Bragg to explore besides the beach; the area contains everything from trails, waterfalls, coastlines, and even a volcano you can walk up to!

With the lush greenery with the fog that often covers the treetops, the forests in Northern California will make you feel like you stepped into a fairytale!

This was the first national park in the United States, highlighting the incredible beauty of the Sequoia trees. Some of the tallest trees in the world can be found here, just south of Yosemite National Park.

The Redwood trees are one of California’s most iconic landmarks, and Northern California has tons of spots where you can elope amongst these giants. Muir Woods is one of the best places to see Redwood trees, with easily accessible trails.

Whether you want to hike in the summer or ski in the winter, the mountain ranges of Northern California make the perfect elopement location.

Yosemite is California’s most visited national park, and for good reason! Its granite peaks and valleys carved by millennia of melting glaciers create an awe-inspiring landscape. It’s said that at sunrise, the park looks like it’s on fire - because the cliffs glow in the orange light.

Mammoth Lakes is a town east of Yosemite, surrounded by mountains. The area offers year-round adventures, with hiking opportunities in the summer and ski resorts in the winter, and it’s an incredible place to elope if you want to soak in some hot springs! There are dozens of natural springs tucked in the Sierra Nevada mountains around Mammoth Lakes, from popular spots to hidden gems.

I’ve shared some of the best places to elope in Northern California - but the truth is, each couple has a different vision. Some want to hike, others want a relaxing day on the beach, and no two elopements are the same. That’s why my elopement packages include so much more than photography! I help couples find the perfect ceremony spot, and plan a day that reflects who they are. Each elopement is handcrafted and unique to your wants and needs, giving you an incredible and one-of-a-kind experience that is entirely yours. If you decide to elope in a national park in Northern California, be sure to check out my guide on How to Plan your Elopement in a National Park! 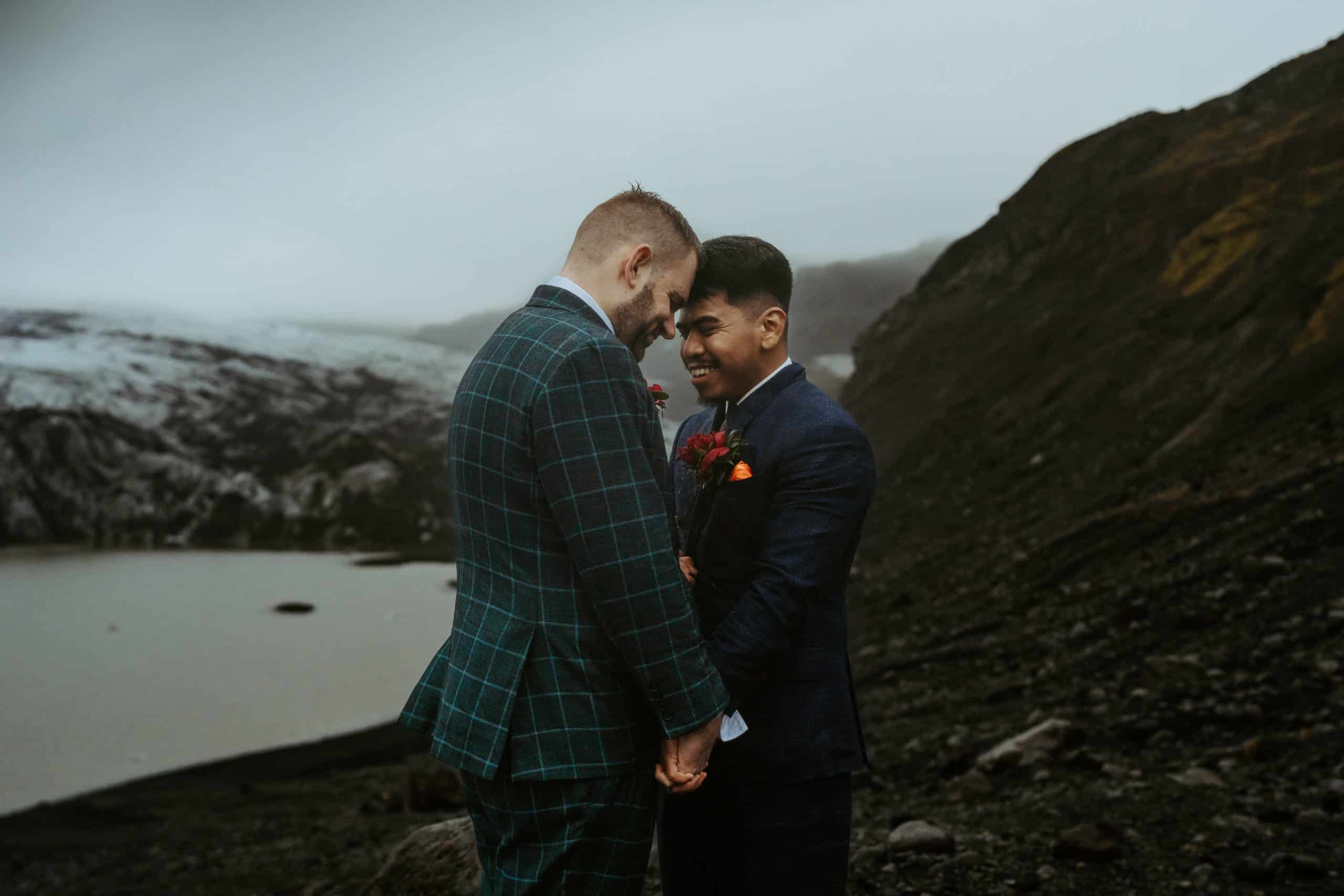 How to Elope in Iceland: Best Elopement Guide for 2023 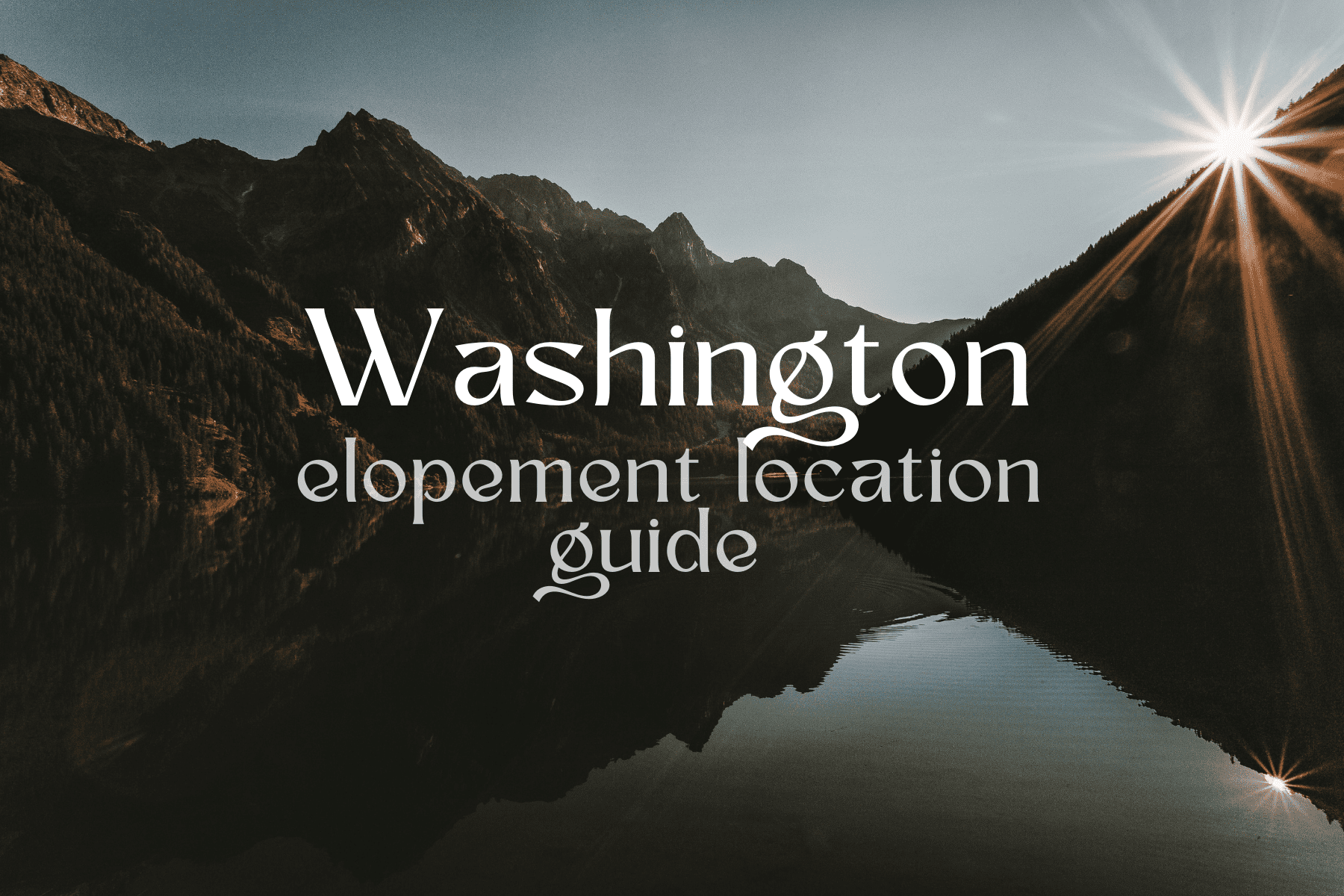 Best Places to Elope in Washington State in 2023